While I was surfing over some article regarding SEO recently, I got somehow to this article: One in seven new gTLD domain names are actually just numbers. I found it very interesting and having our database on my hands I decided to go a bit deeper than Kevin Murphy and analyze all types of gTLDs, not only the Donuts, new GTLDs ones.

It is really a pretty weird reverse thing – to use just numbers in domain names, while the whole domain system was built to get human-friendly address system instead of IP addresses, which are basically just numbers again

So, to go deeper we need to:

We have four points in the plan, and the first two points look like a pretty fast implementable thing, which we can do “right here, right now.” 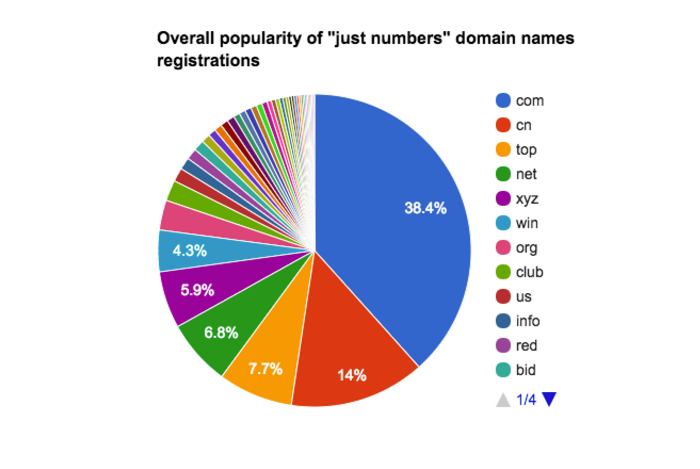 Some summary and filtered domain lists available to download, for your research, if you need them:

We see a huge gap in between popularity of numeric domain names in between traditional TLDs and New ones (.agency, .business, .travel and so on). New gTLD domain zones are used six times more likely to register “just numbers” domain names. We also can try to make some assumptions based on popularity of registering of such domains in different zones in absolute numbers: 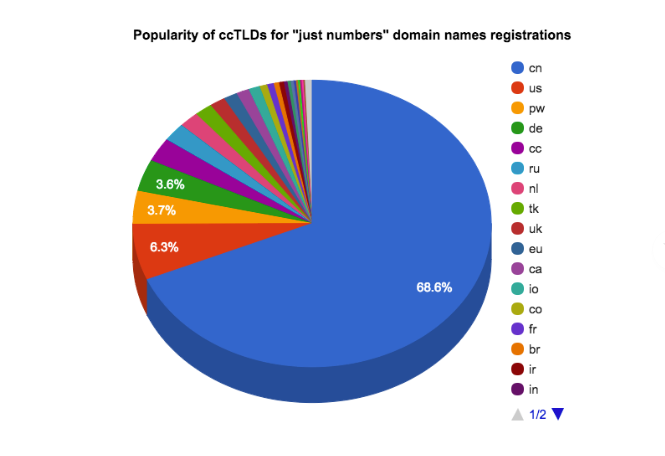 Almost 70% of all numeric ccTLD domain names are registered in China (.cn), which is understandable and as it was in original article “due to the fact that digits are the only 10 characters permissible in DNS that Chinese speakers natively understand”.

Sometimes it’s understandable, like typing and remembering domain names written in Latin letters giving a hard time for Chinese users. Therefore in China domain names written in numerals are spread wisely. The name of each digit is similar in sound to a particular word, so just remember these combinations.
For example, the name of the number “five” in Chinese sounds the same as the word «I» (I or me), and “six” – as a “stream» (stream). A great domain name for the video streaming site – 56.com, literally “I stream”.

However, for the rest, .us, we may want to figure out the reason and why it is popular.

Summary for 10 most filled ccTLD zones sorted by absolute numbers of registrations:

As you can see in absolute numbers popularity of numeric domains for ccTLDs is pretty unpredictable, based on countries mentality and subject for future crawling research.

10 ccTLDs ranked by the percentage of their zones that are numeric: 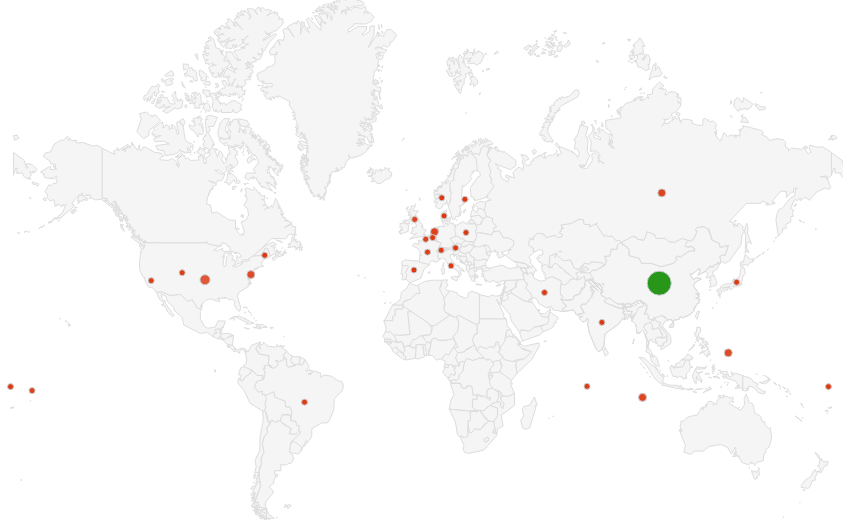 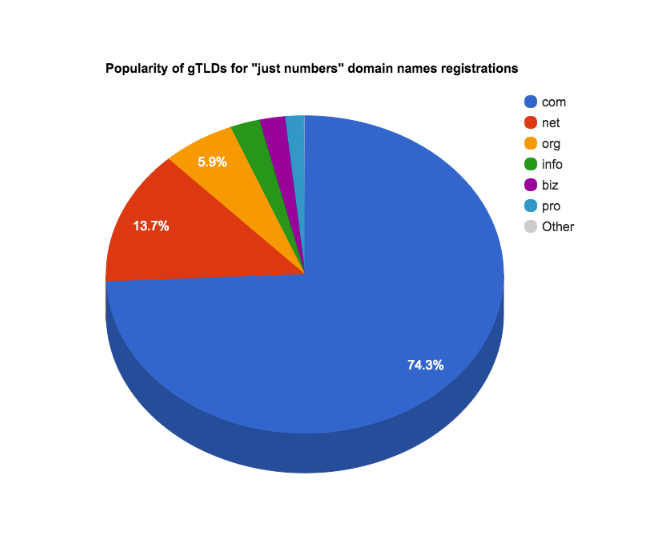 And new gTLDs in absolute numbers: 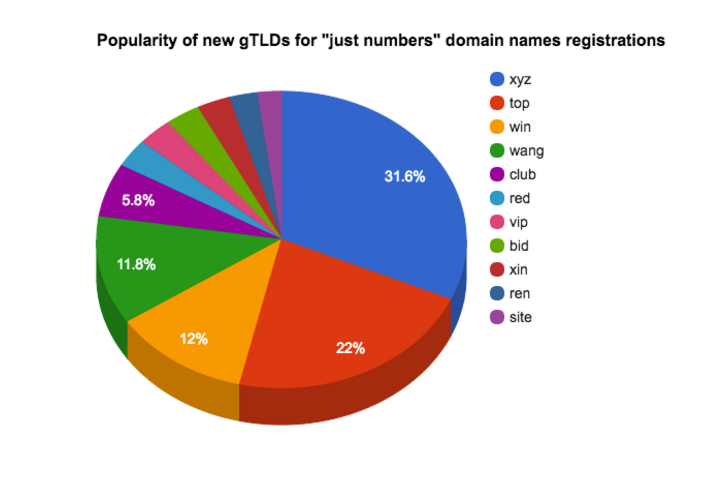 10 new gTLDs ranked by the percentage of their zones that are numeric: 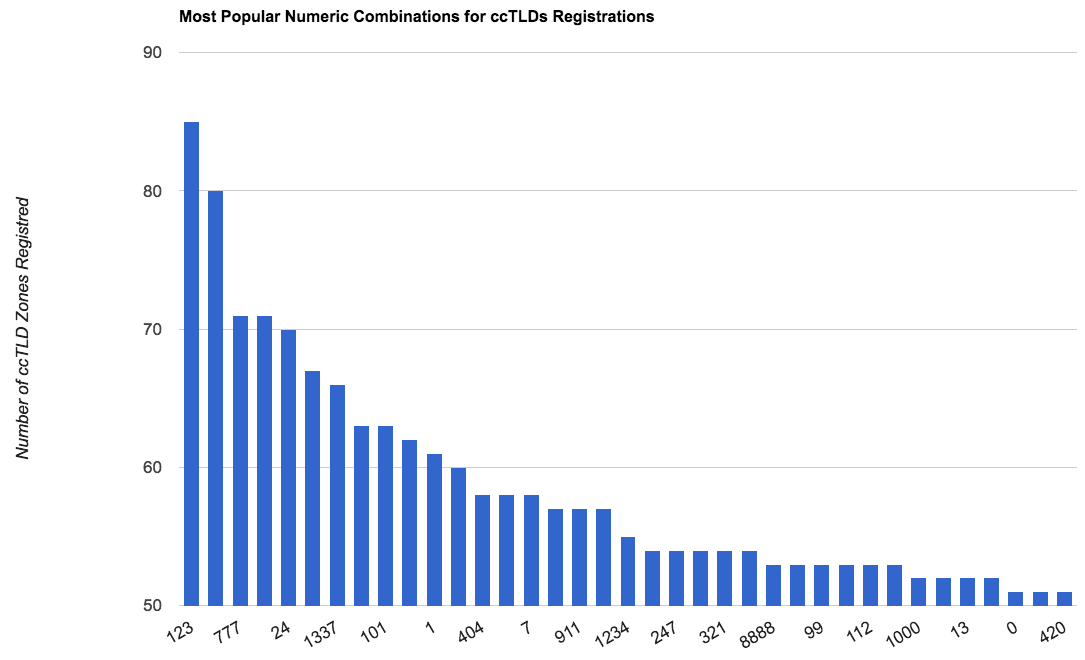 For traditional gTLDs, there is only one combination registered in all of them (“1000”). And don’t want to overfill article with not so attractive data, so if it’s needed you can download it.

Summarizing, most popular numeric domain names have 3-4 digits length, same time there are 76 longest ones (63 digits long) registered in ccTLD zones, 50 in gTLD zones, and 94 in New gTLDs. And here we are talking about something like this:

What’s the next step? First of all, in the next article, we will do zones filling analytics, but for numeric domains only. We will combine the list of available numeric only combinations and by comparing it with the most popular ones will find out in which zones they still are not registered.

Then, I’m going to crawl the most interesting zones to found some data about websites itself, to figure out what they used for, why the name contains only numbers, make some assumptions and predictions.

(Secret) – How to Sell a Domain Name