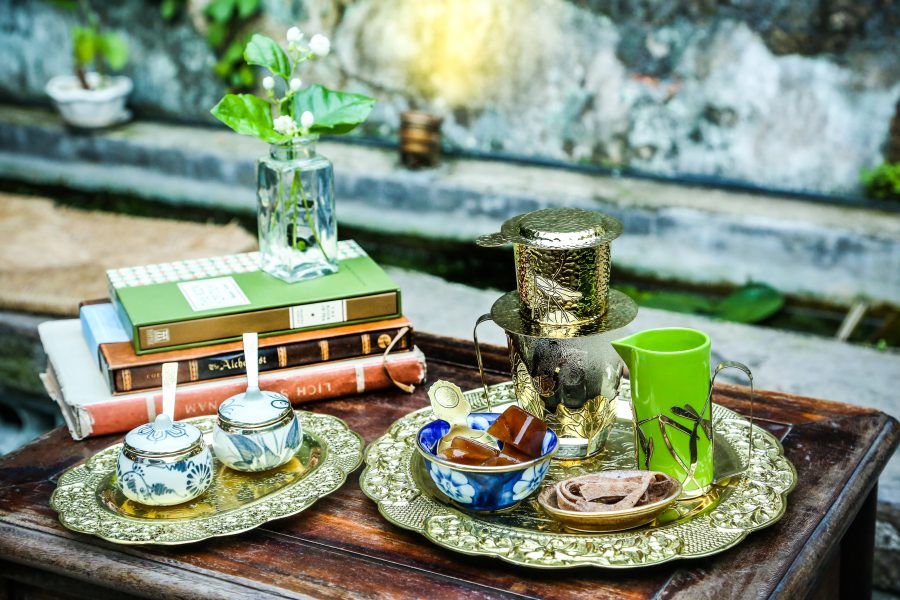 Did you know that Vietnam is the second biggest producer of coffee in the world? Us neither! Claire finds 5 of the best cups for the caffeine connoisseur to try. 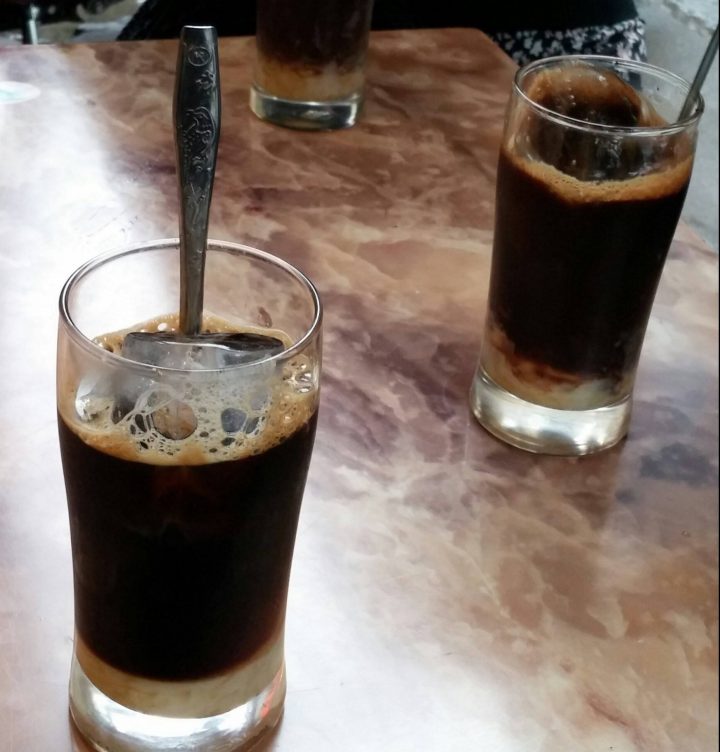 You may recall from one of my Inside Japan posts that I am a huge coffee fan, and given that coffee is to Vietnam what tea is to Japan, I felt I was on pretty safe ground on my first trip to ‘Nam.

Unsurprisingly for a former French colony, coffee is taken very seriously in Vietnam. Having realised that the climate was conducive to growing the beans, the French established plantations across central parts of the country in the late 19th century. The highlands of Dalat, in particular, proved well-suited to cultivation, thanks to fertile soils and elevated plains.

These days, Vietnam is the second biggest coffee producer in the world after Brazil, and the main exporter of Robusta beans, typically used to make instant cups. But it’s not just growing it they’re acing: they’re not bad at drinking it either. From a leisurely morning cuppa over checkers on a street-side stool, to drinks with friends at the city bars and nightclubs – the Vietnamese happily drink cups of it at all hours of the day. It’s a huge aspect of the country’s social scene.

Whilst it’s widely consumed across the country, Hanoi is undoubtedly the coffee capital. There’s even a dedicated street in the historic Hai Ba Trung district, with more cafés per block than anywhere else in Vietnam.

Coffee in Vietnam – The basics

This is coffee, but not as you know it. There are no cappuccinos or soya lattes here. Nor espressos (far too bitter), and most certainly no ‘coffee to-go’. Drinking coffee here is a slow affair – delightfully ironic really when you consider the hustle and bustle and frantic pace often associated with Vietnamese city life.

Vietnamese coffee is an acquired taste – thicker and more intense than one might be used to. And if you’re watching your waistline, you’re in for a disappointment; the Vietnamese typically drink it with a generous serving of sweetened condensed milk. This came about in the late 19th century when fresh milk was in short supply. 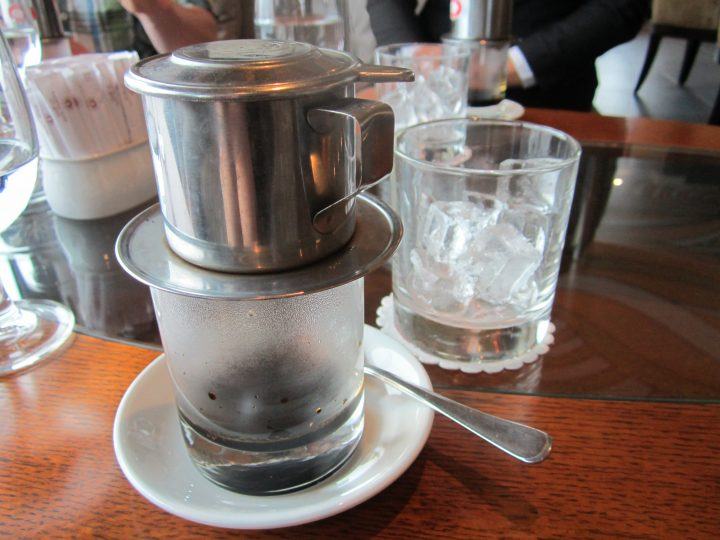 This is the most common way of serving coffee in Vietnam. First it is loaded into a traditional filter system called a Phin, then left to drip directly into a cup below. Whilst a drawn-out process, the end result is well worth the wait. The resulting cup, albeit small, is bursting with intense flavour and either drunk black (ca phe nau), or with a hearty splash of condensed milk as above (ca phe sua). Sugar and milk are a no-no.

In northern Vietnam, it is standard practice to serve it short, and it should be sipped – rather like a fine whiskey. It’s not unheard of for the Vietnamese to substitute condensed milk with yoghurt, and even serve with a side of green tea. Who said you had to be either a tea or a coffee drinker? 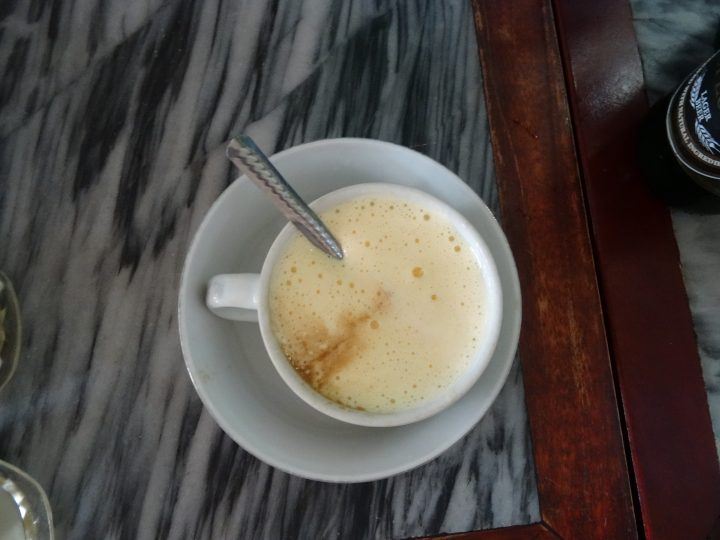 No, you didn’t read that wrong. Coffee with raw egg is a thing, and trust us, it’s nowhere near as bad as it sounds. In fact quite the opposite, it’s actually pretty delicious. The addition of fluffy egg yolk to condensed milk atop dense cup creates the consistency of meringue, with the flavour of coffee ice cream.

Sold? Café Giang in Hanoi is considered the best place to try a cup with egg. Rumour has it that they were invented here back in the 1940s; the proprietors’ father came up with the recipe by lucky accident when the hotel he was working at was fresh out of milk. 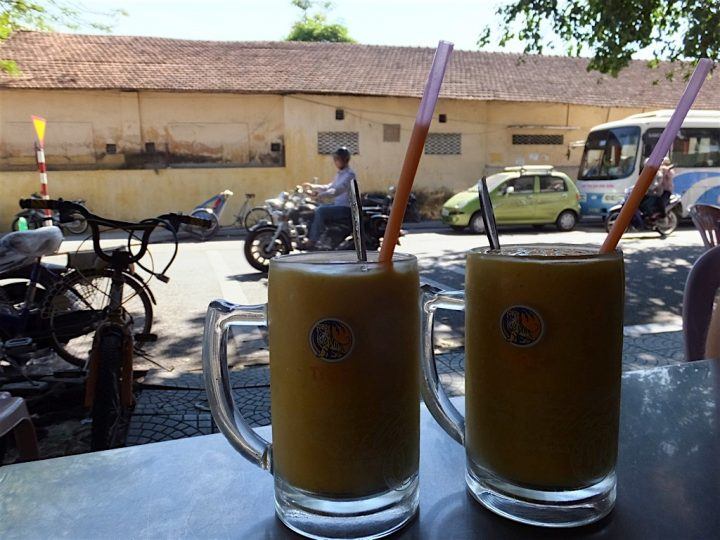 Given that Vietnam has a tendency to get toasty, adding ice and making your coffee into a refreshing long drink (café da or café sua da) is common practice, particularly in the sunnier south. Order the first, and it’ll be served black; a short sharp caffeine hit that is sure to raise your heart rate. Café sua da is essentially a Vietnamese milkshake – creamy and undeniably calorific – possibly more appealing to the Western palette. 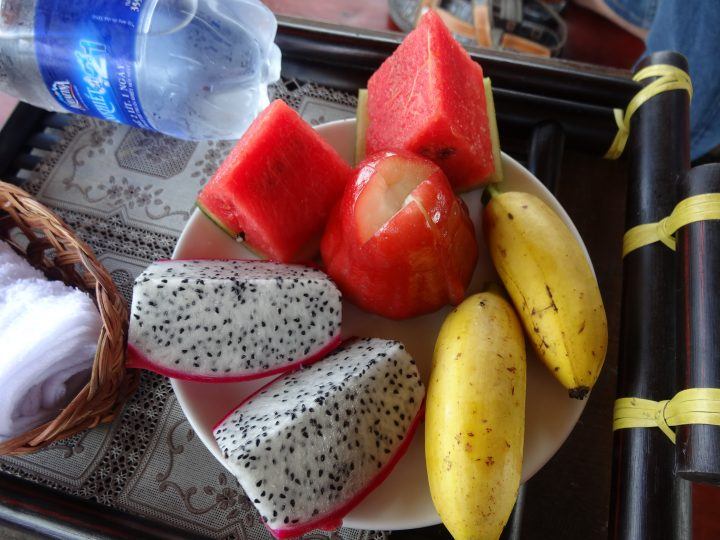 The Vietnamese love coffee so much that they’ll try and shoe-horn it into pretty much every beverage. It is not uncommon for rich filtered coffee to be added to fruity shakes or smoothies – in fact, there are even regional variations on this unlikely duo. When in Hanoi, banana and avocado is the order of the day (avocado gets everywhere these days!), whereas in Ho Chi Minh City, things get more exotic with the addition of sapodilla – a tropical fruit with a creamy texture. This is a good way of sweetening without the addition of sugar.

You can’t talk about coffee in Vietnam without at least touching upon ‘Vietnamese weasel coffee’. Most frequently associated with Bali, ca phe chon or ‘weasel poo coffee’ is created from beans consumed and excreted by civets (weasels), who, it would appear, are even bigger caffeine fiends than me! Bizarrely, this process is said to intensify the aromatic properties of the beans resulting in a smoother, silkier cup.

The production of weasel coffee has come under heavy criticism in recent years from animal rights activists who argue that weasels are caged and force-fed to accelerate the process. While we wholeheartedly condemn animal cruelty of any kind, ‘weasel coffee’ is renowned as being one of the most expensive cups in the world.